At AEM, we've been fortunate enough to be on the receiving end of good customer reviews fairly regularly which are always appreciated (not to toot our own horn too much). The most gratifying and meaningful reviews, though, are ones that come from anglers who are very familiar with the newly AEM-mapped water body in question; long time cottagers, locals etc. We just received the following review from Brian, a long time Pointe du Bois cottage owner, and he OK'd us sharing it: 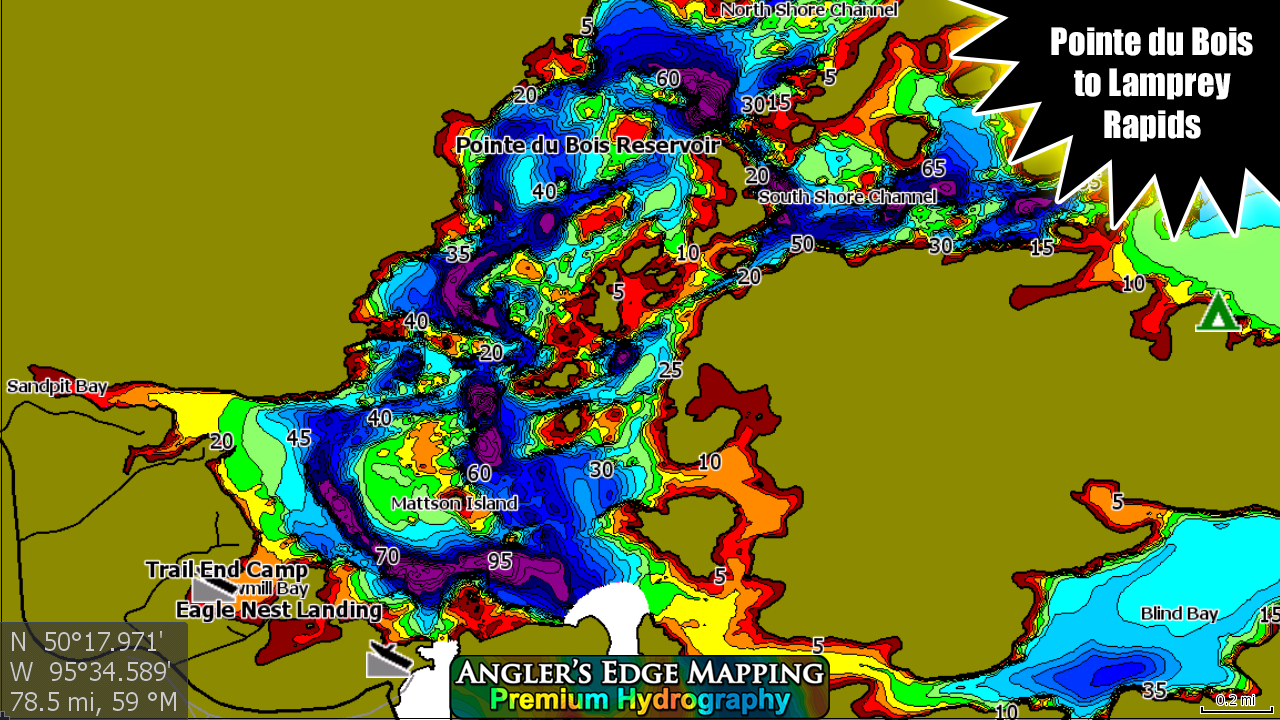 I had a chance to try out your map of the Winnipeg River from Pointe du Bois to Lamprey Falls these past few weeks when I was away on vacation.  I used the Avenza Maps version on my Android phone as an initial trial.
I have to say, you really did an excellent job of mapping this reach of the river!  The accuracy and level of detail are astounding.  Having had a cottage there for the past 57 years, I know this part of the river quite well, and the first thing I did was look at areas that I knew were there are shallow rocks and reefs and compare them in your map to what I know, and to the (other company's) map that I currently have.  Your map captures all of these areas in *much* more detail and much more accurately than (other company's) map does.  I would say that (other company's) map is a "reasonable approximation", whereas yours is an "accurate representation".  In fact, there are some spots that (other company) shows it to be 4-6' deep, and one might think it was safe to run over with a boat, but your map shows them to be dark red or very shallow, and in fact, when I snooped around the area, there are rocks only 1' below the surface a few hundred feet off shore, and would be a nasty surprise at 30mph!
The next thing I did was pick a random selection of areas that showed underwater structure that I didn't even know about, and spend a bit of time combing around them with my depth finder to compare actual readings with your map.  Again, I was really impressed with how accurately you mapped these.
Next, I found a few spots out in the middle of the main channels with structures and dropoffs that I never knew much detail about, and where I almost never see anyone fishing. Using your map, I was able to find new spots to pull out quite a few 14-16" keeper walleye, and even a personal best 25" throw-back.  Without your map, I doubt that I would ever have thought to fish these particular spots, which turned out to be very productive and new favorites.
Finally, since I spent a lot of time verifying the accuracy of your map independently, I felt new-found confidence to go in and explore a few areas of the lake that I've never gone into before.  In years past, when my Dad was still around, there are a few parts of the lake that he would always say "don't go in there, it's really shallow and there are a lot of rocks you can hit with the motor".  But now with a map as accurate as yours, I am able to explore these areas, and yes, there are a lot of rocks and shallow areas, but there are also a lot of areas perfectly safe to navigate and fish in, and I really appreciate having the new map for guidance.
So all that said, I wanted to ask, is there a chance you might be mapping the remaining part of the river from Lamprey to Eagles Nest Lake?  This part of the river is pretty foreign to me, having only gone into it a handful of times in my lifetime, and it would be really nice and beneficial to have a nice accurate map of it as well!
Many thanks, and again, job well done!
Brian

- thanks again for the review Brian! And yes, we do plan to continue surveying upstream from Lamprey Falls to Eagles Nest Lake. ;) 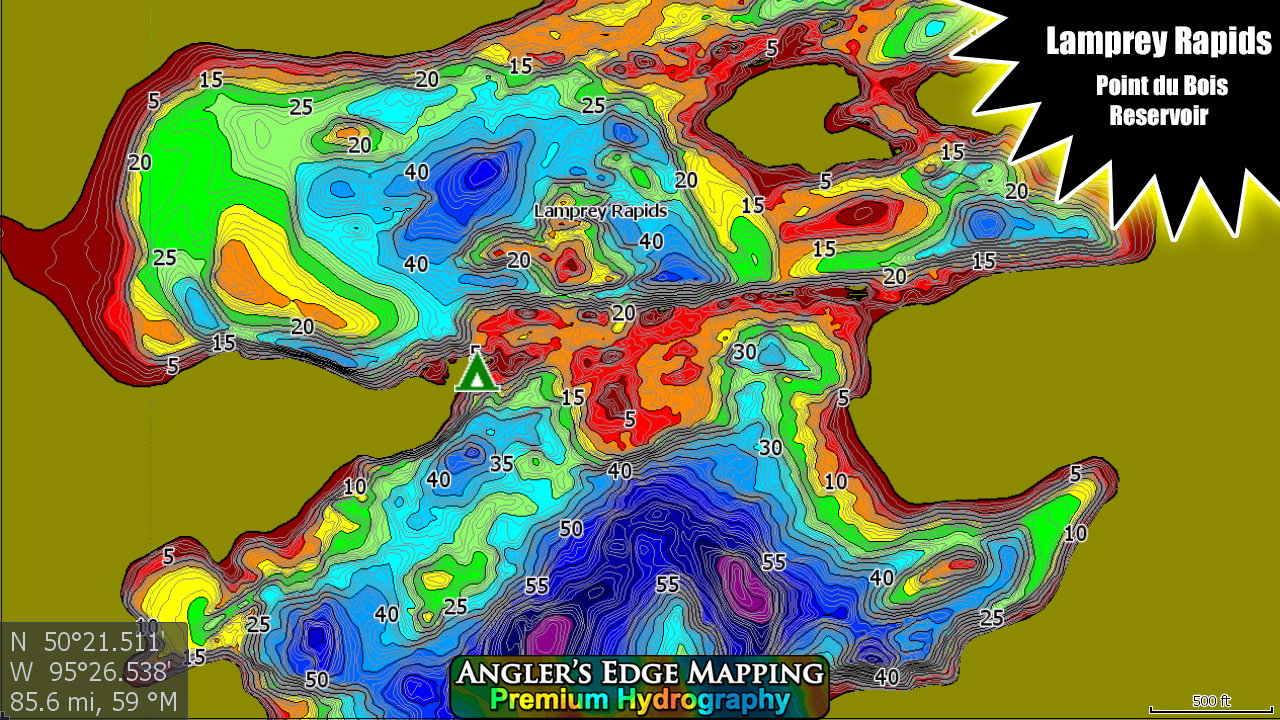 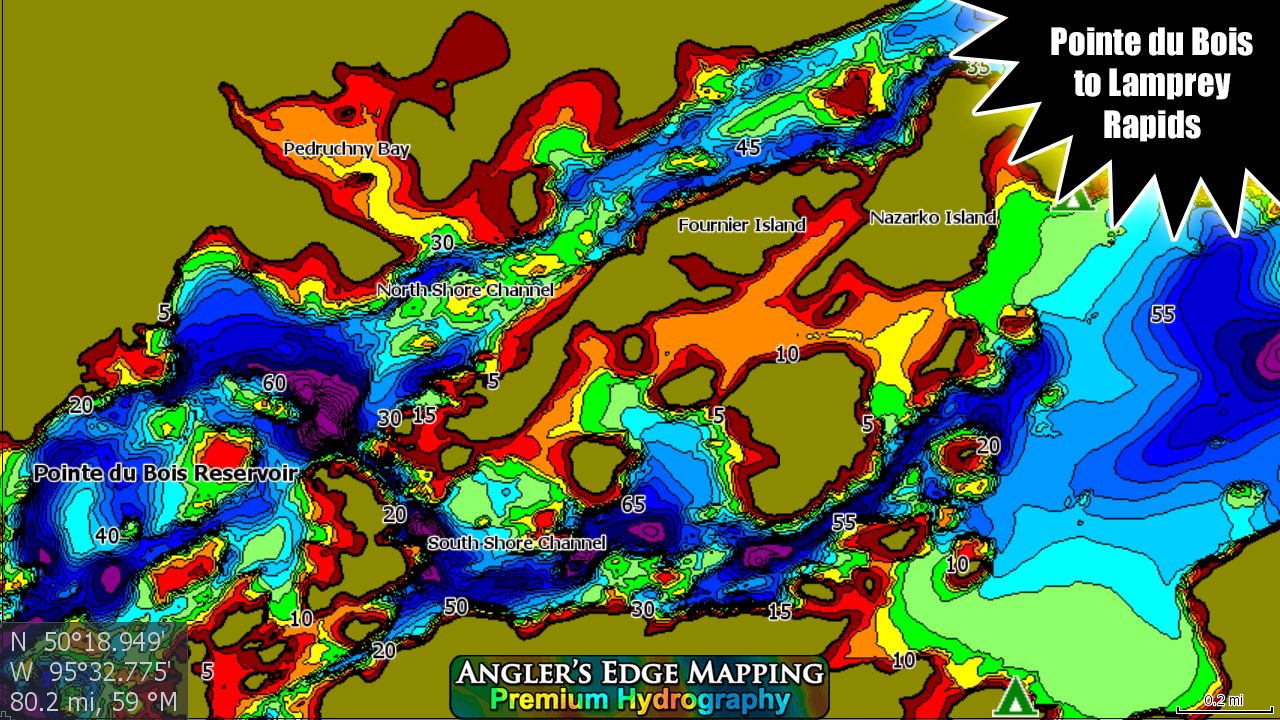